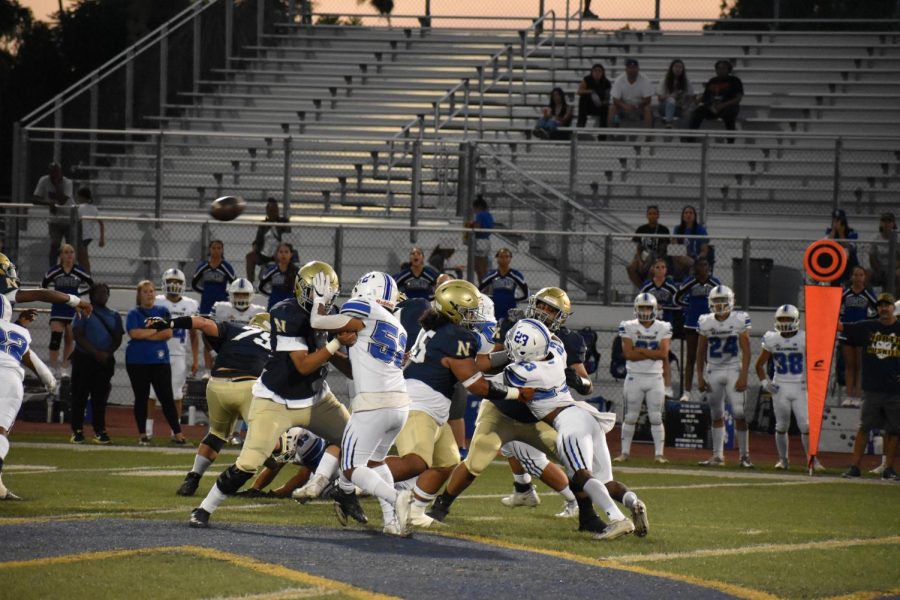 On August 25th, the Huskies had their first home football game. The Huskies hosted the Beaumont Cougars for their tailgate and lost a devastating 0-35. The team played their second game of the season following their game against the Ramona Rams where they lost 25-35. With the season still anew, the games have been tough for the Huskies.

As the first home football game, the Huskies held their tailgate and welcomed all students with free pizza and Kona Ice if they wore their class shirts.

Along with the catered food, students entered the game with free admission. Once the clock struck 7:00, students rushed to the stadium for their seats.

On the opposing side, the Cougars won their previous game against the Murrieta Mesa Rams 17-13. With the season still being a fresh start, this game is a great experience for the schools in preparation for the league.

The Huskies were now 0-2 and the Cougars 2-0 overall. The Huskies would, unfortunately, continue their losing streak as they faced the Chino Hills Huskies and lost 13-48.

On September 9th, North hosted their freshmen tailgate game against the Roosevelt Mustangs. Despite the rain, freshmen were allowed free admission and Kona Ice with the game continuing. The Huskies lost 6-42. It’s looking like a tough season so far but the wish to rebound in the league.

In the previous year, the Huskies went undefeated and advanced far in the Ivy League. This year appears to be harder for the Huskies to dominate the league.