Doing it the Lepe Way 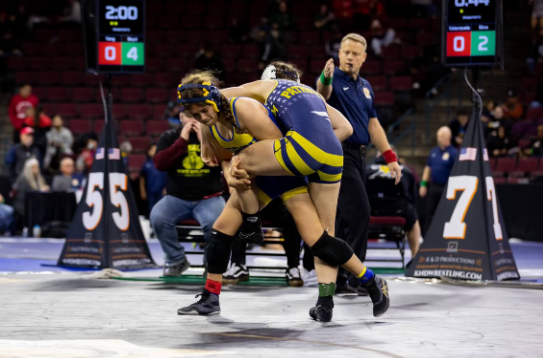 There is a junior at John W. North High School, who is a killer in the classroom and absolute boss on the mats. Her name is Leilani Lepe. She is a busy bee who works hard at what she does, being in Renaissance, Best Buddies and Gardening Club while also running the ASL club. Within her three years at North, Lepe has managed to play a sport every single season of her high school career so far.

During the fall, Lepe played for the girl’s varsity volleyball team. Even more, she played for the girl’s varsity soccer team and participated in wrestling during the winter season. She even swam for the Huskies’ swim team in the spring season. Outside of school, Lepe plays rugby while maintaining her social life. Lepe enjoys hanging out with her friends in her free time and likes ice cream, specifically cookies and cream. 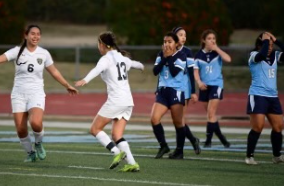 Lepe joined North’s wrestling team this year with the intention of staying fit for rugby. She had a goal to make it to CIF but shot way past that. She noticed her potential and really strived to do her best just to see how far she could get. In the CIF Southern Section Masters tournament, she won six matches and ended up in fourth place in the 121-pound division.

“I didn’t know what to expect since I have only wrestled for 4 months now – I tried to see how far I could make it and made it to the highest level tournament. Next year we will go on that podium,” said junior Leilani Lepe.

With only four months of experience and support from her coaches, friends and many more, Lepe made it all the way to CIF State, the highest level tournament, and made it to the second day.  She is North’s first female CIF qualifier and first CIF qualifier in 5 years. Lepe ranked fourth-best wrestler in SoCal and top thirty in California. She plans on joining wrestling her senior year with the big goal of getting to CIF State and making it on the state tournament podium.

“At the beginning of the season, the team set high goals and with a strong mindset. We fought through struggles as a team and played it one game at a time,” said Lepe.

Lepe was a part of making history on the girl’s varsity soccer team. She made it to the CIF Semi-Final for the first time in school history and she played as a midfielder with an exceptional season. She wasn’t planning on joining soccer this year to focus on wrestling but joined anyway. It was a hectic and busy year, however, she made it work and continues to amaze us with all of her accomplishments.