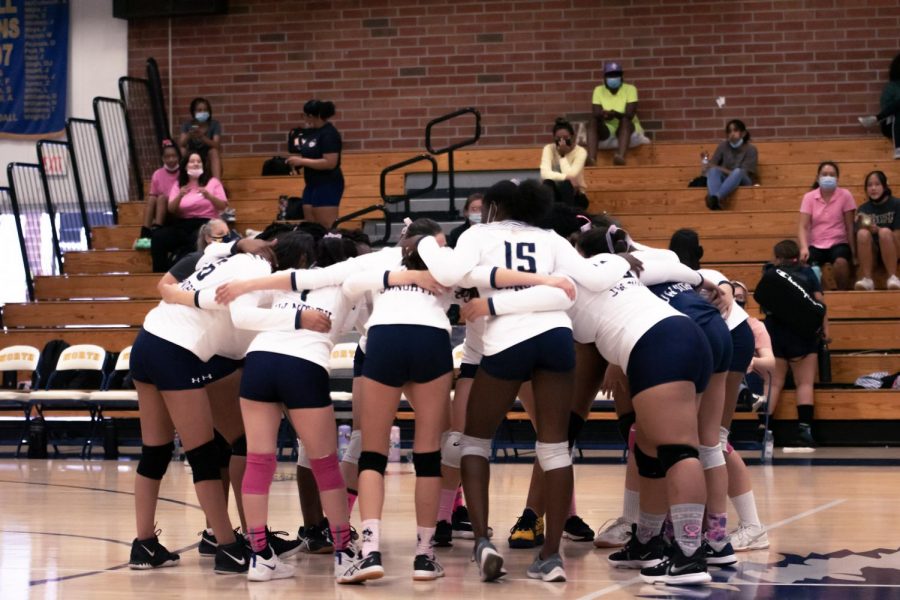 The Titans have played a wonderful year so far coming into the game with an overall record of 15-8 and a Sunbelt League record of 6-2. As for the Huskies, they haven’t had a year to look forward to as they have an overall record of 6-16, and a League record of 1-6. Coming off a 3-0 loss against Temescal Canyon last week, the Huskies were looking for their shot to rebound and get the team back to their winning ways with a solid team win against the Titans. Last week, Notre Dame played the Riverside Poly Bears and lost to their opponent in just 3 sets.

With losses in the previous weeks, both of these talented teams squared off, trying to get an edge on one another as they look for a vital win here in league play.

The Lady Huskies had a slow start in the beginning of the game, losing the first set 25-18. Continuing the game into the second set, the Huskies came out strong with rallies, but ultimately dropped the set with a score of 25-19. With the last set of the game, the Huskies were down and out of it. Notre Dame kept their foot on the gas as they ended the last set with a score of 25-16.

Although the Huskies took another tough loss there were many positive outcomes on the players’ performances. Junior Breija Stredic was helping the Huskies on the defensive side of the ball with 3 total blocks over the span of the game. Senior Joscelyn Sanchez also kept it going on defense with 32 serves received, stopping the Titans from getting kills. On the offensive side, there wasn’t much to provide but freshman Milli Hamilton had an impressive 5 kills on the day but ultimately wasn’t enough to lead the team to a victory.

The Lady Huskies are looking to bounce back from this loss and get ready for Riverside Poly on Friday for another Sunbelt league match up.